The Evolution of Susannah York

Over three years ago, I wrote a piece about one of the most singularly striking cinematic moments I'd ever experienced - Jodhi May's startling look to camera in The Last of the Mohicans. I've not revisited the film since, and naturally the moment isn't as sharp in my memory as it was then, but the feeling it invoked - akin to being electrified - is still an unforgettable one. If you're reading this, you're probably a cinephile, and you've probably had a few of those moments yourself - they're rare, and of course all the more special for that; their singularity, their shock factor if you will.

What this is obviously leading up to is the arrival of another one of these moments in my film-viewing life. The contrast was perhaps less stark than it was with Jodhi May - They Shoot Horses, Don't They? had already stirred up a mixture of despair and horror in me - but it perhaps says more about the craft on show here that it still felt like I'd stuck my fingers into a plug hole. Unsurprisingly, there are major spoilers ahead. 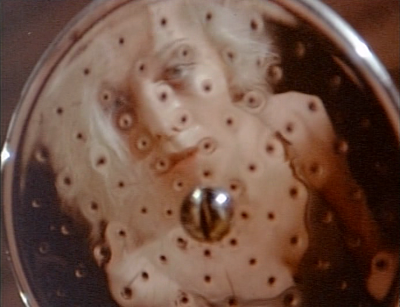 Alice (Susannah York) is introduced as an immaculate contrast to all the worn down, dowdy women who are queuing up for the marathon dance contest with her; her on-the-spot rendition of Shakespeare exudes an air of superiority in her Britishness, her clean dress, her sparkling coiffure. Like all those who surround her, though, Alice is pummelled by the physical demands of the contest, and her decline is all the more dramatic for the heights at which she begins. After Sailor (Red Buttons), a victim of a second ten-minute sprint around the dancehall, collapses stiffly onto her dress, Alice cracks. Tainted, she thinks, by death, she flees to cleanse herself.

There is something about me, evidently, that has a mind that responds so much more heavily to physical acting - Susannah York barely utters a word in this scene, yet it was, for me, the most arresting, stunning scene of a film that is hardly short on the despair (it is, of course, heavily rivalled by the climax, but that's a discussion for another time). Like Jodhi May, here an immensely dramatic confusion can only make itself known through physical expression. The collection of York's faces I've catalogued here might seem a bit pantomime - it's hard for me to judge, so fresh from experiencing it in motion - but if York's performance is the most overt in the film, the character does not suffer for it.

This isn't just Alice's breakdown - it acts as the film's, the awaited implosion of physical and mental torture that all the characters are enduring. Alice, with the most fragile personality of them all, is the obvious choice for this all to collapse onto. We've seen her freak as she manically pushes Sailor's body off here, but here the full schizophrenia of her breakdown makes itself apparent as she gives the showerhead a deranged smile - a clever opening to the scene, handily reflecting her mind's distortion in a single image before letting York's face do the legwork.

She doesn't know where to scrub herself - her hands concentrate on her midriff, where her dress still remains, but she paws wildly at her arms, her legs, her back, as if she's lost all sense of her body. Because, of course, it's her mind that has been tainted, not her body. She glares at her fellow competitors, who are standing back in bewilderment, disgust and alienation, but jerks in fear at the matron's appearance, giving a triumphant, manic smile when she fends her off. 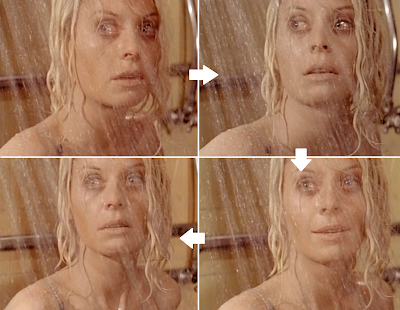 The contest's compere, Rocky (Gig Young), is a different matter. There's no glare here, more an inquisitive, wary stare; a summation of Rocky's presence as a character, then, as throughout the film he is caring towards the competitors, yet always views them as competitors, as attractions, as numbers. Alice's smile here might signify the boost she gets from male attention; or simply relief that he has sent the others away, that for a second she believes he can actually help her, free her from death's taint. But he tries to get near. The smile flips back to fear.

He moves to turn off the water. She's not clean. She can't possibly let him; the eyes widen. But his gentle, careful voice cuts through her madness a little - disappointment in herself dawns and she moves away. The movements on York's face are sudden and sharp, yet there's a perfect, simple logic to them: she's not clean and she needs to be. "He... touched me," she says, bewildered - death is active, something to be feared. "Is he dead?" If he's not, she can relent, she can survive. 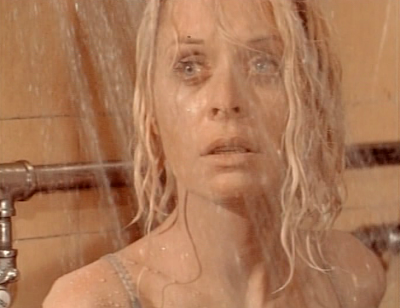 Rocky assures her - falsely, we sense (Sailor looked pretty dead) - that he's going to be fine. Relief - perhaps - rushes through her and he can move, slowly, towards her, through the falling wall of water, the divide broken. But then the alarm shrieks, it's time to go back to dancing, and she screams. 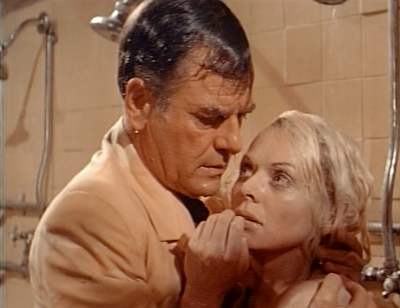 "Someone screamed." "That was you, Alice."

With that last line reading, Susannah York sounds as though she's stepped out of a ghost picture - and, with the shells that the characters have become, she has done. The title - uttered glibly at the film's tragic end - suggests that the Depression has made people into lame, vague approximations of humans, ones that, if they were horses, would be shot, because they're no use to anyone any more. Gloria (Jane Fonda) chooses death, though she is even too lame to do it to herself. Robert (Michael Sarrazin) chooses imprisonment, where he will likely waste away. And Alice escapes into madness. It's a stark message from a stark film that says as much about the Great Depression as it does about the darkening mood of the late 1960s that was the overwhelming mood of 1970s American cinema. But starkness sometimes makes for the very best, the most human, of cinema. A
Posted by Dave at 1:36 am

Brilliant write up of one of the most harrowing mental breakdowns ever captured on film. It has been about four years since I've seen this film and yet I can remember this moment oh-so-clearly. And your thoughtful analysis makes the moment even more indelible. I'm glad you're writing more, Dave; we've all missed you!

please give susannah york her oscar