Let's get this out of the way. There's only one reason people see Freaks these days. Here it is. 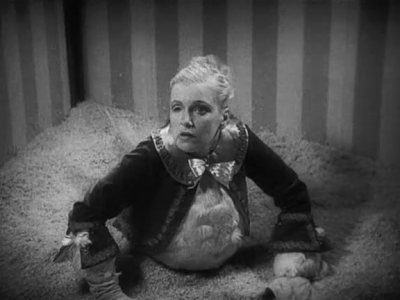 Scientists and I are still baffled as to how this is realistically possible, but look at that jacket! Quite swank for a duck-lady, I think you'll agree.

I'd seen Freaks a few years ago and somehow managed to forget this deliciously insane revelation, so I do admit, I rolled up for a packed screening in the centre of London with slightly embarrassed anticipation at the madness I'd blanked on. What I recalled from my first viewing was a rather frightening climax where the freaks move like terminators through sticky midnight mud, preceded by the most boring and stilted machinations concerning circus freaks that had ever been filmed.

But lo! What I found on second viewing were the most stilted machinations concerning circus freaks ever filmed, that somehow had a tragic romance at its heart. Real-life husband and wife Harry and Daisy Earles bagged the plum roles here, as Hans, the rich midget taken in by eventual duck-lady Cleopatra (Olga Baclanova), and his girlfriend Freida, powerless to prevent that gold-digging whore!! from stealing her man. Despite the awkward, halting manner in which the pair deliver their dialogue, there is something affecting in their performances, particularly Daisy's. As Freida becomes increasingly forgotten by Hans, the faltering speech even adds to the devastation she feels and that we feel for her.

Mostly, though, it's in the facial expressions. Harry Earles is certainly expressive - watch as he mimicks Cleopatra's sycophantic pretence - but the emotional power of Freaks is almost entirely in Daisy Earles' melancholy faces. Observe. 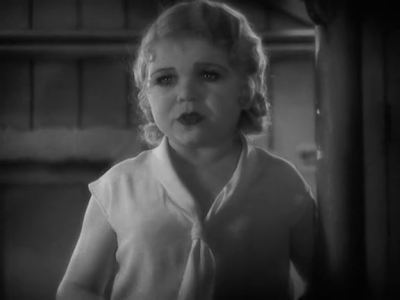 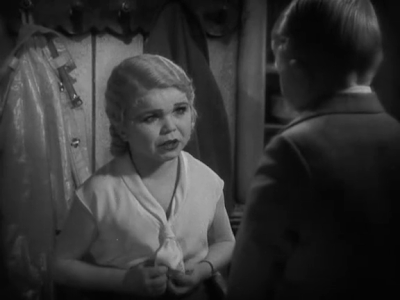 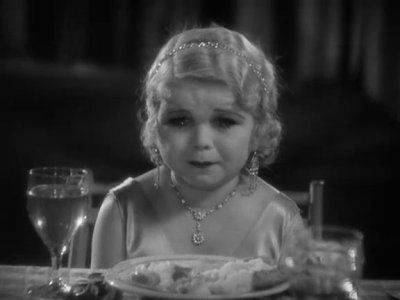 I think this unexpectedly beautiful shot telegraphs the tenderly tragic, and surprisingly straight, romance at the film's core, though. 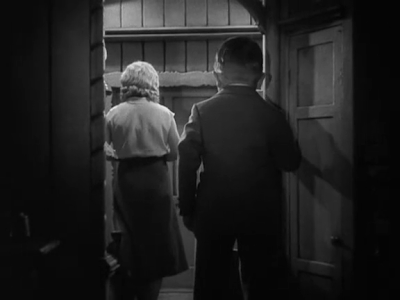 Although if you've not seen the film, that probably just looks like two people facing away from the camera. AMATEURS.

P.S. Of course, none of this is as wonderfully 'hilare' as the scene where the suitors of the Siamese twins discuss how they should visit each other sometime. Just imagine the sexual intercourse. 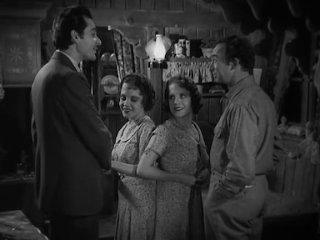 Hit Me With Your Best Shot: Curtain Rouge


Another mindless crime... behind the curtain...

Part of Baz Lurhmann's 'Red Curtain' trilogy (the effervescent Strictly Ballroom and the searing William Shakespeare's Romeo + Juliet precede it), Moulin Rouge! is like the mama's boy to its director parent, the teacher's pet - it opens with a red curtain. And there are red curtains behind the red curtain. The film's melee and mishmash of songs, styles and the sheer speed of the editing make Moulin Rouge! such a dazzling spectacle that it's hard to know where, if anywhere, the show stops. But just as freedom, beauty, truth, and of course love are layered into the range of pop songs interpolated and performed, they are similarly hot-wired into every shaking skirt and wavering note.


Trying to take shortcuts (I'm pressed for time, and I watched the film not a month ago just because I wanted to), I did some quick thinking about the scenes that stick out in my memory, and this sequence is one of them. It's filmed with what seems like a hand-held camera, generally used these days to signify a greater 'realism', but here it seems to add instead the frisson of danger that proves to be a valuable warning: Zidler (Jim Broadbent) spots the careless lovers, Satine (Nicole Kidman) and Christian (Ewan McGregor), on the walkway above.

I love the empty, clean lines on each side of this composition, framing the frantic, lusty mess of Kidman and McGregor in the centre.

Or this, focusing in on the beauty of the messy kiss (if you don't love this pair, you don't believe in love at all!) with the block of light grey in the centre separating them from the mess of the main auditorium.
Perhaps Satine's final moment of happiness; this is just before Zidler appears, spooking her and telling her it has to end. Here, he's already metaphorically creeping up on her, the bottom left of the frame filled with darkness, a gilded kind of black; but she's lost in the stars in the red canopy above. They meet in the centre and on the diagonal, a singular moment where the rosy happiness and desire of the red crosses diagonally and horizontally with the black. And they meet on Satine, too: her dress is intoxicatingly dark to conflict with the thorough red of Kidman's hair (a key focus of the photography throughout). It's a darker colour scheme than is often typical of the movie, but a perfect reflection of Moulin Rouge!'s dark drama and its vibrant infatuations.
Posted by Dave at 7:37 pm 2 comments: