Because I did it last year, I'm doing it again. I am nothing if not consistent. (Those predictions exist in a world where I didn't know what Mad Men was. That is not a world I care to revisit. It starts again soon! Joy!) If I have any kind of favouritism going on, I'll inform you of it, but as is usually the case, I've hardly seen any of these things because distributors are evil. 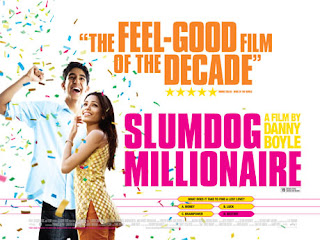 Best Motion Picture - Drama
Slumdog Millionaire
Is it wrong to hate this without having seen it? Because I do. I really, really do. I'll see it, though, if only so my hatred can actually be rational.
I WAS: correct.

Best Motion Picture - Comedy/Musical
In Bruges
Well, they liked it enough to nominate it...
I WAS: wrong. Vicky Cristina Barcelona wins, as pronounced by Borat (ugh). This isn't going well for me.

Best Actor - Drama
Sean Penn, Milk
I WAS: wrong. But Mickey Rourke is awesome so I'm not complaining (besides, I've seen neither).

Best Actress - Drama
Anne Hathaway, Rachel Getting Married
Well, they already told us this one. (That was a joke.)
I WAS: wrong. Kate again! How extraordinary. I feel better about this because I haven't seen it and so can't be down that she's won for sub-par (relatively speaking) work.

Best Actor - Comedy/Musical
Javier Bardem, Vicky Christina Barcelona
God knows I don't know.
I WAS: wrong. Colin Farrell wins, which is fine but he does go on.

Best Actress - Comedy/Musical
Sally Hawkins, Happy-Go-Lucky
If this doesn't happen someone's going down.
I WAS: right! All is now suddenly beautiful and magical.

Best Supporting Actor
Heath Ledger, The Dark Knight
I WAS: correct, but who wasn't? They'd probably have killed Demi Moore if she'd said any other name.

Best Supporting Actress
Viola Davis, Doubt
Because I love her.
I WAS: wrong. Kate won. I should be happy, but somehow I'm not.

Best Screenplay
Eric Roth & Robin Swicord, The Curious Case of Benjamin Button
Because predicting Slumdog again would actually make me smash my computer. And I love my computer.
I WAS: rgilghfizdbrshwrongfuehgftewnhgfewgft

Best Original Song
"The Wrestler", The Wrestler
The Boss!!!
I WAS: correct.

Best Animated Film
WALL-E
I WAS: need I even say it?

Best Foreign Language Film
Waltz With Bashir
I WAS: correct. 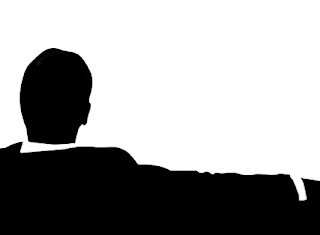 Best TV Series - Drama
Mad Men
Because it's just so brilliant, and apparently that hasn't changed. What could possibly compare?
I WAS: correct!

Best TV Series - Comedy/Musical
30 Rock
I don't watch any of these shows.
I WAS: correct.

Best Mini-Series or Motion Picture Made for Television
Cranford
I WAS: wrong. Why didn't I predict John Adams here too?

Best Actor in a Mini-Series or a Motion Picture Made for Television
Paul Giamatti, John Adams
I WAS: correct. Drunk much?

Best Actress in a Mini-Series or a Motion Picture Made for Television
Laura Linney, John Adams
I wanted to watch this. But it was always on at ridiculously inconvenient hours. DVD?
I WAS: correct. Go Laura! Is she ever anything but utterly divine?

Best Actress in a Television Series - Musical/Comedy
Tina Fey, 30 Rock
I'd love to say Christina Applegate, because she is super in Samantha Who?, but surely this is in the bag for Tina?
I WAS: correct, obviously.

Best Actor in a Television Series - Drama
John Hamm, Mad Men
YES. I think all this year's awards should be given to him.
I WAS: wrong. Gabriel Byrne? Really?

Best Actress in a Television Series - Drama
Kyra Sedgwick, The Closer
I don't know. I'd be shocked but utterly delighted if they gave it to January Jones.
I WAS: wrong. Anna Paquin wins for that vampire thing. 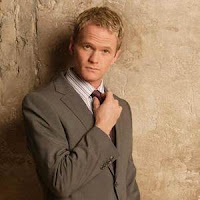 Best Supporting Actor for Television
Neil Patrick Harris, How I Met Your Mother
HOW HAS THIS MAN NOT WON THIS AWARD ALREADY? IF THEY GIVE IT TO JEREMY BLOODY PIVEN AGAIN I WILL BUY A PLANE TICKET TO L.A. AND PUNCH EACH MEMBER OF THE HFPA MYSELF. (Oh, I'm sorry. It appears Caps Lock got stuck. Sorry, HFPA. And besides, it's actually the Emmys I should be punching.)
I WAS: wrong. Blasphemy! Tom Wilkinson for... oh, it's John Adams again.

Best Supporting Actress for Television
Dianne Wiest, In Treatment
Sadly, she'll now always remind me of Family Guy because that's the first time I actually heard her name spoken and realized I'd been saying it wrong.
I WAS: wrong. Laura Dern.

And we'll be back here on Monday to see just how wrong I was.

Basically, I'm really quite rubbish at this predicting lark.
Posted by Dave at 1:10 am

i think u hate indie movies ....slumdog is too good to get the awards

I know what you mean about Slumdog. I'm sure it's gonna be well-made but it just seems like such sentimental tripe. I love Boyle generally (Trainspotting & Sunshine) so it's particularly difficult to contemplate.

I'm so glad that the Globes are televised live here this year. I remember watching crappy highlights on Living the year The Aviator won and it just isn't the same. I couldn't stay offline/disconnected from media for the entire Monday again just to be mildly surprised at a Leo Di Caprio win -- although I'd be mighty surprised if he managed a win this year. I just hope Sky get Claudia Winkleman back for the intervals. She's legendary.

As for the predictions, I agree with most of them. The comedy ones are kinda up-in-the-air, which is fun. I will join you in storming Hollywood should Sally Hawkins lose to Meryl Streep... unless Meryl tops her Devil Wears Prada speech and Sally goes on to win the Oscar. One can dream.

@ prady: I don't hate indie movies. I hate Danny Boyle movies. There is a world of difference.

@ Cal: Having seen My Best Friend (the French 'Millionaire' movie) just lowers hopes even further- that's NOT cinematic. But I hate Boyle generally so my hopes were almost nonexistant anyway.

I wish I could watch the Globes, but we don't have Sky Movies (or even Sky One at uni). I'll just sleep instead. (And Claudia Winkleman is amazing.)